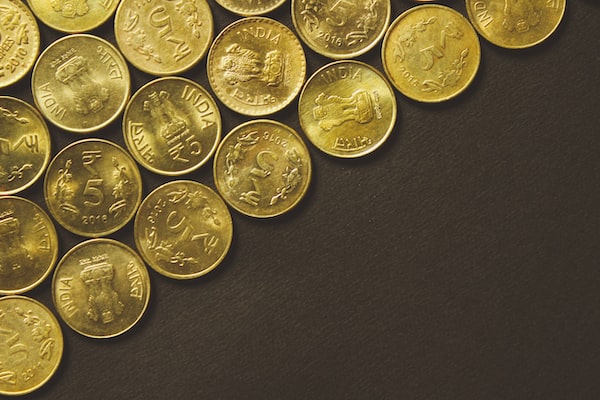 According to RBI, the pilot will cover a few cities in a closed user group (CUG) comprised of participating customers and retailers.

The Reserve Bank of India is preparing to roll out the central bank digital currency, CBDC, for retail consumers and merchants in four cities starting on December 1 on a pilot basis after a month of e-Rupee transactions in the wholesale sector (1).

The following are four cities:

The central bank announced on Tuesday that it would be extended to places like Ahmedabad, Gangtok, Guwahati, Hyderabad, Indore, Kochi, Lucknow, Patna, and Shimla. Additionally, it broadened the pilot's scope to include more banks, users, and locations as necessary.

According to the RBI (2), the pilot would encompass a few specific locations in a closed user group (CUG) (3) made up of participating customers and business owners. A digital token that represents legal tender is the CBDC, also known as the e-rupee (ERUPI).

Four national banks will be the first to participate in the pilot's initial phase. The RBI has picked eight banks for this project.

Following are the initial four banks:

Following are the other four banks listed to join subsequently:

The electronic rupee (also known as the e-rupee) would be distributed through banks as middlemen and minted in the same denominations as present paper money and coins. Using a digital wallet provided by the participating banks and kept on mobile phones and other devices, consumers can conduct transactions using e₹, according to the central bank.

P2P and P2M transactions are two different kinds of transactions, e₹. Use the QR codes displayed at merchant locations to make business payments (4).

Trust, safety, and settlement finality are just a few characteristics of physical money that the e₹ would also offer. According to the RBI, it has no interest and can be changed into other kinds of payment, like bank deposits.

According to the central bank, the pilot will evaluate the stability of real-time digital rupee production, distribution, and retail use. Future pilots will test various aspects and uses of the e₹ token and architecture depending on the lessons learned from this one.

The retail launch demonstrates the RBI's ongoing efforts to develop an effective, user-friendly digital currency system far ahead of other central banks worldwide.

The debut of the digital rupee on November 1 for the wholesale segment settling secondary market transactions in government securities marked a significant step forward for the RBI in improving the efficiency of the nation's monetary and payment systems (5).

The mechanism chosen for the retail rupee is different from the wholesale rupee concept previously disclosed for transactions involving government securities by banks. The token-based retail approach that the RBI announced is better suited for regular customers purchasing from chosen retailers and people. It should only be applied to specific closed groups.

Analysts claim that the four most populous cities were picked for the test launch because there were a significant number of clients who were familiar with online purchases. According to a merchant banker who spoke to The Indian Express, the RBI expects to leverage the robust digital infrastructure of the country to make additional improvements and demonstrate sophistication with greater coverage.

The RBI has divided the digital rupee into two main categories, retail and wholesale, based on how it is used and the tasks it performs, as well as the various levels of accessibility. The electronic equivalent of cash, known as retail e-rupee, is mostly used for retail transactions.

All firms and consumers in the private sector who are not involved in the financial industry may use it. Since it is the central bank's direct liability, it can give users access to safe money for payments and settlements. Wholesale CBDC is intended for specialized financial institutions alone.

It has the potential to change the settlement systems for the financial transactions carried out by banks in the government securities (G-Sec) segment (6), on the interbank market, and on the capital market, making them more secure and cost-effective in terms of operational expenses, collateral use, and liquidity management.

How will the retail digital rupee, or e₹-R, work?

As previously noted, the e₹ will be released in the same denominations as coins and paper money in the form of a digital token representing legal tender. According to RBI, users will be able to conduct transactions with e₹ via a digital wallet provided by the participating banks and kept on mobile phones and other devices (7).

There won't be any interest, and it can be changed into other currencies like bank savings. It can be utilized like how UPI and cash transactions are conducted, using digital technology instead of e₹.

It will increase the settlement system's efficiency, spur innovation in cross-border payments, and give the general public access to applications that private virtual currencies can offer without the corresponding hazards.

About private cryptocurrencies like Bitcoin (BTC) and Ether (ETH) (8), among others, the RBI has repeatedly raised concerns about money laundering, financing of terrorism, tax evasion, etc. Later RBI introduced its own CBDC, which has been viewed as a way to balance the benefits and risks of digital currency.

According to the IMF, nearly 100 digital currencies are being researched or developed by different central banks worldwide. Two of these currencies have already been launched: the eNaira in Nigeria, unveiled in October 2021 (9), and the Bahamian sand dollar, which made its debut in October 2020 (10).

There are many varied reasons why nations investigate and issue CBDCs. Still, in the case of the Bahamas, it claims that the necessity to provide banking services to underserved and unbanked communities on more than 30 of its inhabited islands was the main impetus.

According to the IMF, CBDCs can increase the transparency of financial flows and potentially lessen currency substitution, the use of a foreign currency in place of or in addition to a nation's domestic currency.