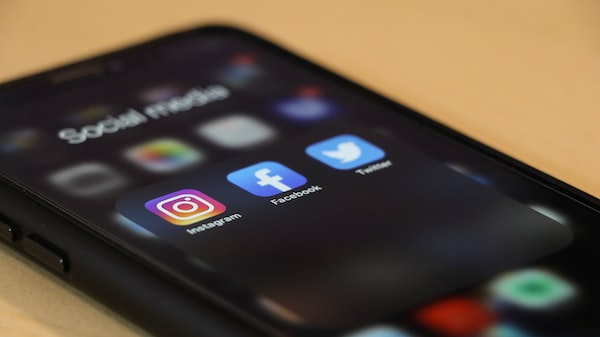 Musk claimed Monday that Apple threatened to remove Twitter from its App Store. In addition, Zuckerberg called its app content control rules a "conflict of interest" and reiterated some of Musk's points.

Elon Musk tweeted on Wednesday that, following his discussion with Apple CEO Tim Cook, the misunderstanding regarding Twitter possibly being removed from Apple Inc.'s App Store had been cleared up.

In contrast, Zuckerberg reiterated some of Musk's arguments and referred to Apple's app content management guidelines as a "conflict of interest" because they frequently target competitors (1). Tim Cook (2) made it clear that Apple never considered doing so, according to Elon Musk, CEO of Tesla Inc., and Twitter.

Musk said in a series of tweets on Monday that Apple had threatened to remove Twitter from its app store without providing any explanation and that it had also ceased running advertisements on the social media platform.

In a subsequent post, he included Cook's Twitter handle and questioned, "What's going on here?" Apple did not immediately answer requests for comment on Musk's most recent tweet, and neither company has made a public statement in response to Musk's earlier remarks.

The up to 30% commission Apple charges software developers for in-app purchases was one of the complaints Musk tweeted about on Monday. Musk also posted a joke saying he was prepared to "go to war" with Apple rather than pay the commission.

According to a CNBC article, Musk may be enticing Apple into a conflict with Republicans. If Apple removes Twitter from its App Store for any reason, Congress may look into the situation because Apple is acting like a monopoly and wielding excessive authority (8).

Meanwhile, Musk might be eager to avoid Apple's 30% cut, which could hinder the billionaire's attempts to turn indebted Twitter into a profit. According to the source, it is doubtful that Apple will expel Twitter over content; however, if Musk manages to get around Apple's 30% cut, the Cupertino-based business may expel Twitter for breaking its rules.

As Apple has previously removed well-known brands from the App Store, such as Epic Games and Fortnite, losing Twitter won't be a major setback for the company. But if it shuts down Twitter for content alone, Apple might have greater issues.

Mark Zuckerberg, CEO of Meta Platforms Inc. (3), has joined the echoes of criticism of Apple Inc.'s software policy, claiming that the App Store policies create a conflict of interest.

In a conversation with the New York Times DealBook conference on Wednesday, Zuckerberg stated, "It is troublesome for one firm to be able to dictate what app experiences come up on a device."

According to him, Apple receives "the vast bulk of its income in the mobile ecosystem." Technology businesses aiming to reach large mobile audiences have long taken issue with Apple's and, to a lesser extent, Alphabet Inc.'s app store restrictions and fees (4).

A flurry of tweets this week criticizing Apple's fees and limitations on what apps can be sold were sent by billionaire Elon Musk after he acquired Twitter Inc. Zuckerberg agreed with some of Musk's points and claimed that this transforms Apple into "more than just a governor watching out for the interests of the people."

Since Apple tightened its privacy guidelines, limiting how users can be tracked and targeted with advertisements, Meta, which owns social networks Facebook and Instagram, has seen a drop in revenue.

Zuckerberg appeared to support Musk's disapproval of Apple's practices. Still, Musk later walked back some of his remarks, claiming that he met with CEO Tim Cook at the company's headquarters and had a positive conversation with him that clarified a misunderstanding regarding Twitter's position in the App Store.

Regarding Musk's strategy for running Twitter, Zuckerberg was evasive in his remarks, saying that he believed some strategies would succeed and others wouldn't.

He remarked, "I believe it will be extremely interesting to see how this plays out." He would not respond when asked if Meta would allow former US President Donald Trump to rejoin Facebook (5).

However, he cited earlier advice the business had received from its external Oversight Board, which had provided input on challenging content issues. In January, Meta is expected to make a choice. Wall Street has become more skeptical of Meta's investment in its failing virtual reality venture as ad income declines (6).

He stated that the mostly untapped messaging medium of WhatsApp will be his next important target for monetization. Reels, the company's short video feature, was mentioned. He claimed that, according to some estimates, it receives about half as much traffic outside of China as the popular video-sharing app TikTok (7).

In addition, Zuckerberg brought up TikTok's ownership by Beijing-based ByteDance Ltd., stating that there are legitimate concerns about the Chinese government's influence on TikTok as, in many nations, all data is given to the government.

Companies like Epic Games have repeatedly criticized Apple over the 30% fee, which has also garnered the attention of international regulators. Musk's efforts to increase Twitter's subscription fees, partly to offset advertisers' flight due to concerns over content moderation, may be hindered by the commission (9).

Businesses ranging from General Mills Inc. to luxury automaker Audi of America have paused their Twitter advertising since the acquisition. Musk said earlier this month that the company had experienced a significant decline in revenue. Approximately 90% of Twitter's revenue comes from ad sales.